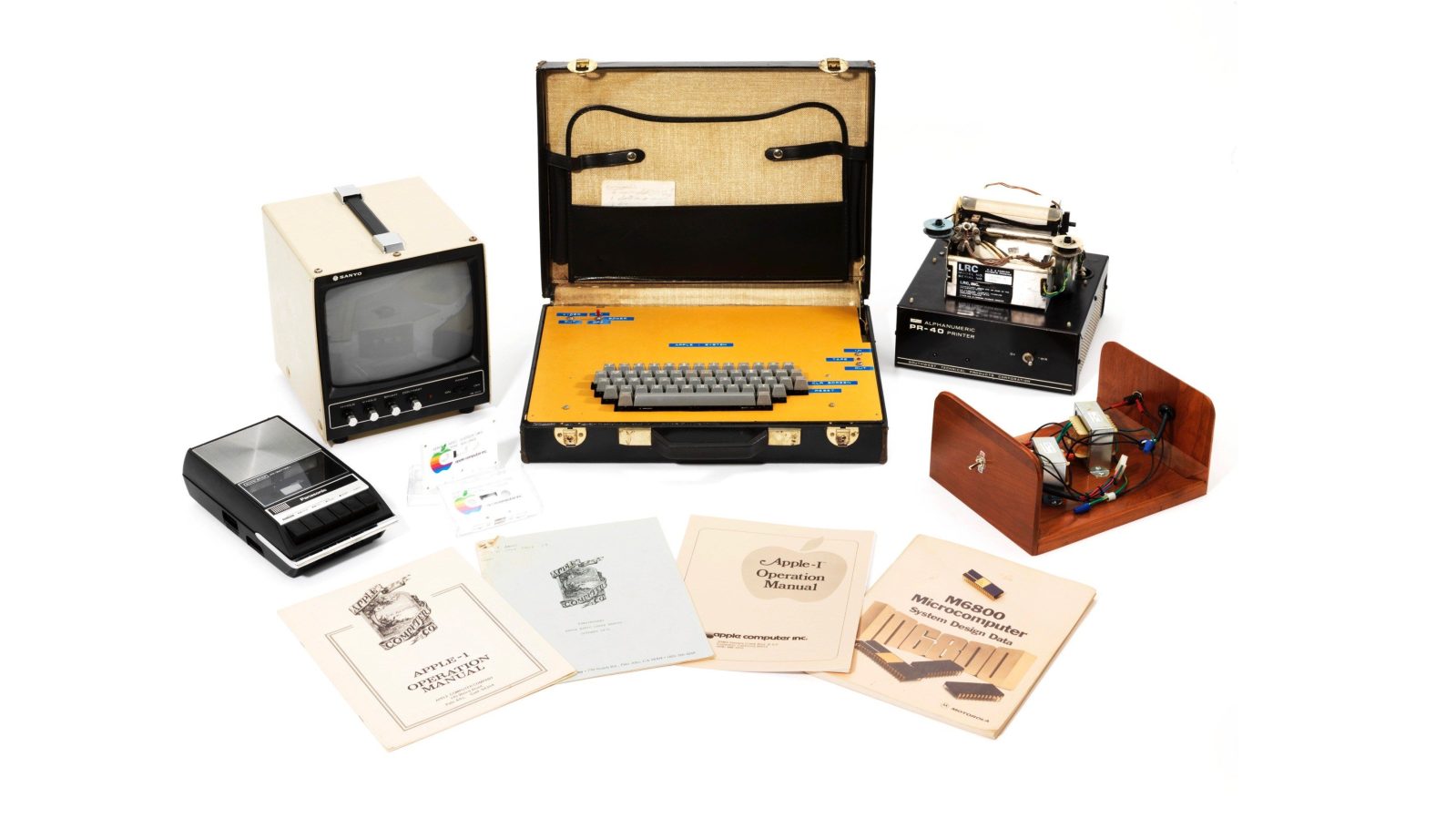 Earlier this month, a functioning Apple-1 hit the auction block through Christie’s auction house in the UK. The machine was expected to fetch as much as $630,000, with the auction house providing a range of $378,000 to $630,000.

With the auction now closed, the Apple-1 has fetched a final price of around $471,000. That puts it near the lower-end of the expected range, but still more than other Apple-1 units have sold for recently. For instance, one sold for $210,000 last year, but others have gone for as high as $815,000.

The Apple-1 auctioned this month was initially acquired by a man named Rick Conte in 1977, and donated to a non-profit organization in 2009. In 2010, it was purchased for a private collection and later acquired by the people now selling it in September of 2014.

This Apple-1 was unique in several ways. It was built directly into a briefcase and fully functional, while the auction lot also included a handful of different accessories. The accessory lot included several pieces of unique paperwork, the “extremely rare first manual” issued by Apple Computer, a Panasonic cassette tape recorder, a Motorola microprocessor, and more. You can read the full accessory lot onthe Christie’s website.