A new recording of Jason Robert Brown’s landmark musical, Songs for a New World, was released last week in streaming and digital formats, in addition to a two-CD set.

This is the show’s first recording since the world premiere album over 20 years ago. In the ensuing years, these songs have become staples of contemporary musical theater, including the modern standard “Stars and the Moon.” The CD package includes a 12-page booklet with production photos and a note from Brown.  A special album video trailer is also available on YouTube. 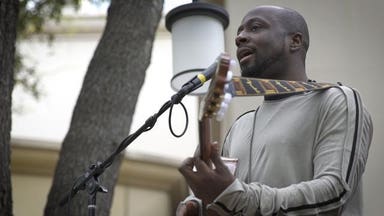 The debut musical from three-time Tony Award winner Brown (Parade, The Bridges of Madison County), Songs for a New World (1995) is a collection of powerful songs examining life, love and the choices ordinary people make when faced with extraordinary moments. From the deck of a 1492 Spanish sailing ship to the ledge of a Fifth Avenue high-rise, each character faces the new world, encountering unique challenges.

Brown is a composer, lyricist, conductor, arranger, orchestrator, director and performer best known for his scores to several of the most renowned musicals of his generation. His score for The Bridges of Madison County, a musical adapted with Marsha Norman from the bestselling novel, directed by Bartlett Sher and starring Kelli O’Hara and Steven Pasquale, received two Tony Awards (for Best Score and Orchestrations. A film version of his epochal Off-Broadway musical The Last Five Years was released in 2015, starring Anna Kendrick and Jeremy Jordan.