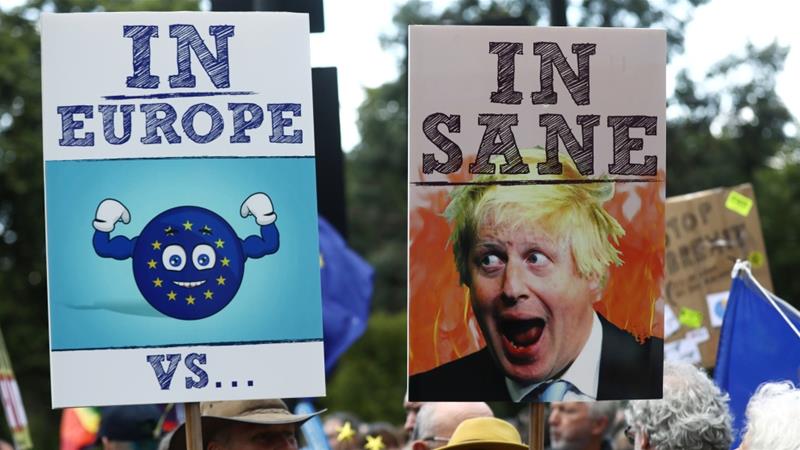 Leaked documents show the potentially devastating effects a no-deal Brexit could have on British society, ranging from food and medicine shortages to protests at the border between Ireland and Northern Ireland.

The classified documents, obtained by The Sunday Times newspaper, list the most likely results of a no-deal Brexit when the United Kingdom leaves the European Union in October.

According to the documents, compiled by the UK’s Home Office, up to 85 percent of trucks using the main channel crossings “may not be ready” for French customs, meaning disruption at ports would potentially last up to three months before the flow of traffic improves.

This could result in shortages of fuel, food and medicine, the documents show.

If a no-deal Brexit does happen, a hard border between the British province of Northern Ireland and Ireland could be implemented, possibly resulting in protests and road blockages, according to the files.

On top of that, import tariffs on petrol would potentially lead to the loss of about 2,000 jobs, the closure of two oil refineries and strikes.

“Compiled this month by the Cabinet Office under the codename Operation Yellowhammer, the dossier offers a rare glimpse into the covert planning being carried out by the government to avert a catastrophic collapse in the nation’s infrastructure,” the paper wrote.

The UK’s official exit from the EU is scheduled to happen on 31 October after being delayed twice.

Experts say some disruption is inevitable if the UK leaves the EU without a deal.

Earlier this week, a British parliament report said a no-deal Brexit could lead to drug shortages in Europe as about 45 million packs of medicines are shipped from the UK to the rest of the bloc every month.

That news came a week after the UK’s food and drink lobby warned that the country would experience shortages of some fresh foods if there was a disorderly no-deal Brexit.

In an effort to prepare the country, Britain said will be spending 6.3 billion pounds ($7.7bn) to prepare for a no-deal exit, including 4.2 billion ($5.1bn) pounds of funding for this financial year.

British Prime Minister Boris Johnson has said he will lead his country out of the EU on October 31 without a deal if the EU refuses to negotiate a new divorce agreement.

The EU struck a withdrawal agreement with Johnson’s predecessor, Theresa May, but it was rejected three times by Britain’s parliament.

As Brexit day creeps near, Johnson is insisting the bloc make major changes to May’s deal, including scrapping an insurance policy for the Irish border that has been rejected by UK legislators.

The EU insists it will not reopen the 585-page withdrawal agreement it spent two years negotiating with May’s government.